Recently, I had the fun task of setting up my Mac from scratch… twice.

The first time, because my computer died after a macOS update and the second time because I got a new computer from work. In both cases, I decided not to use a Time Machine Backup, so that means I had to install a lot of apps to make my computer feel familiar. This endeavour takes a lot of time, mostly spent looking for installers and waiting for downloads/installs and, sometimes waiting for expanding compressed files (I’m looking at you Xcode). For me, things don’t end here, sometimes I don’t remember ALL the apps I need to install and it’s a bit annoying to realise what’s missing when you are mid-work and something’s not there.

To improve this, I decided to make good use of Homebrew’s Bundle to automate this process.

When we write software, we sometimes manage our dependencies using package managers (e.g. SPM, Cocoapods) but when it comes to software in our OS we do this manually and need to install stuff from various places.

Here, Bundle comes to the rescue.

We’ll start by installing Homebrew, entering this command in a Terminal window:

Next, we’ll create a Brewfile file by dumping all software currently installed in our computer

If we open the file created by dump, we’ll find a list of apps installed on our computer, but for now, this is limited to apps installed with Homebrew and from the Mac App Store.

In this file, we usually find the following commands:

Now it’s time to clean up this file a bit, add some comments to divide it into sections, and add missing apps that were not found by dump.

Here’s the “cleaned up” version I use:

As we can see from this example, the Brewfile is divided into three sections:

Once this file is ready, we just need to run:

Homebrew will install everything we defined on the Brewfile file. Now we can use the time it takes to install all of this in something more productive/fun.

In this article we saw how to use Bundle as some sort of dependency manager for apps on macOS. 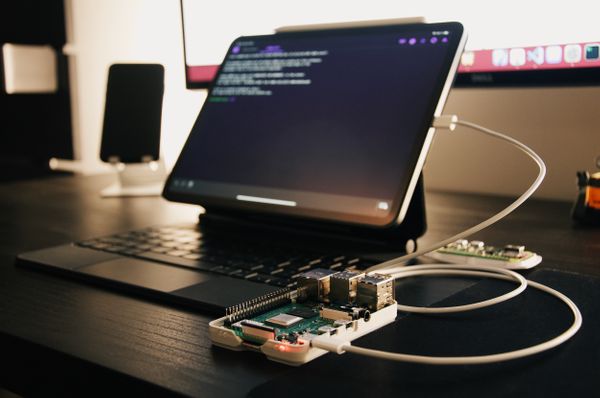 A simple tutorial on how to configure the Raspberry Pi (Zero or 4) with an iPad Pro using a single USB cable.